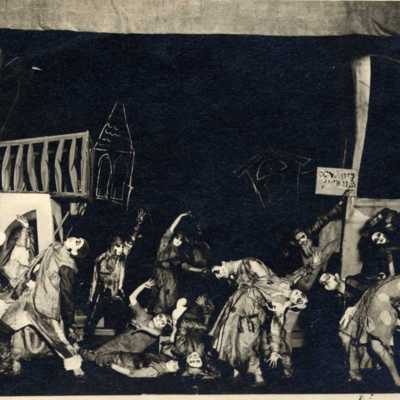 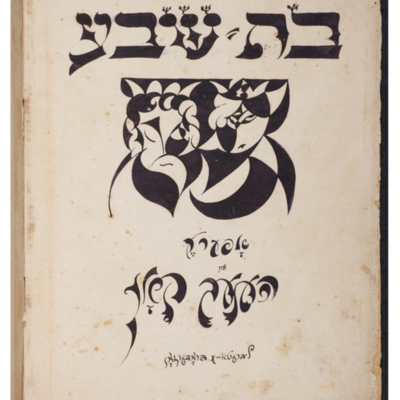 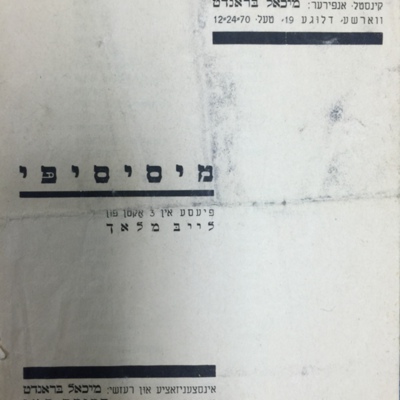 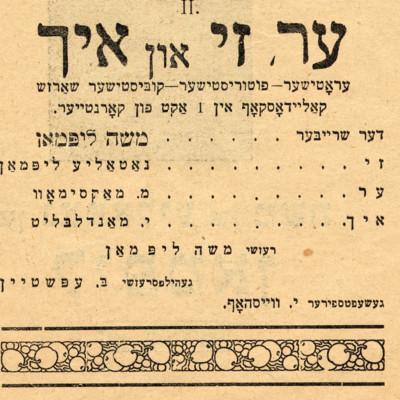 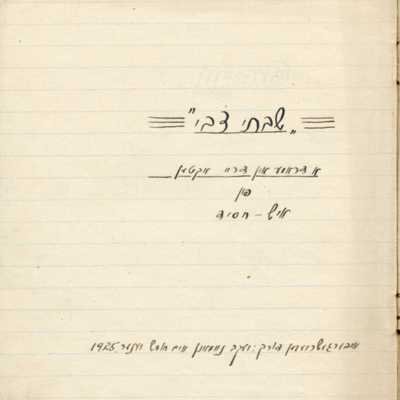 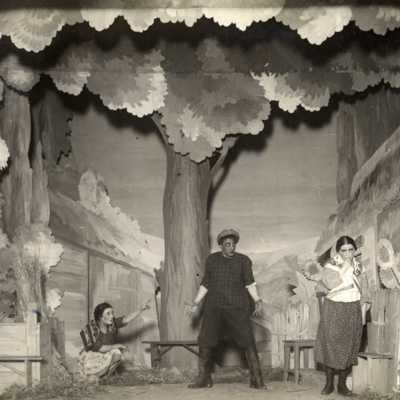 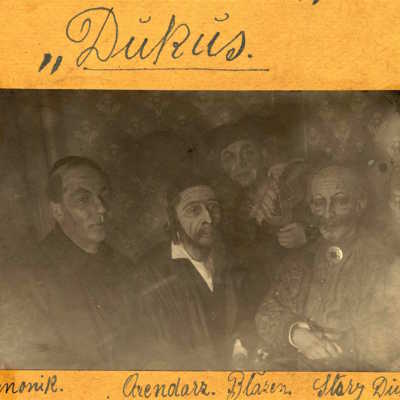 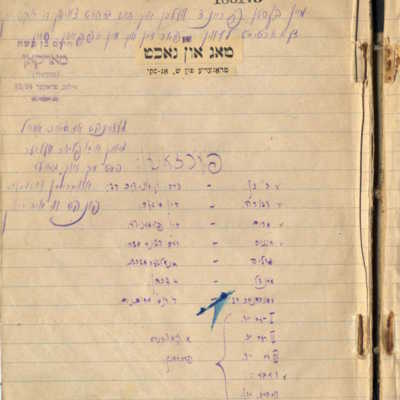 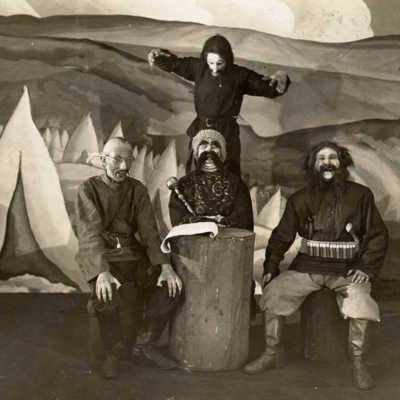 The Sanctification of the Name, Sholem Asch (1928)

While Yiddish was an embarrassment to some of Poland's Jewish intellectual elite, it was quite the opposite for the participants of Yiddish theater, many of whom were equally sophisticated and credentialed. For them, the Yiddish theater was uniquely positioned to be a vehicle of creativity that interacted with the languages and cultures that surrounded it. This is epitomized in S. Anski’s The Dybbuk: Anski was admired by the Russian intelligentsia. He wrote versions of The Dybbuk in Yiddish, Hebrew, and Russian, and the play was performed in many languages in the wake of its explosive first Yiddish run.

The Polish-Jewish playwright Mark Arnstein (Andrzej Marek, 1879-1943) is another example of the sophistication of the Yiddish theater's participants. He translated and directed his own works for the Yiddish stage and translated Yiddish works for the Polish stage, including H. Leivick’s (1888-1962) The Golem. Translation brought Yiddish theater into conversation with theaters and studios of other languages so that trends of staging, set design, and acting technique flowed freely across linguistic borders. Alongside and inspired by translated works are a host of original works of Yiddish that, including The Dybbuk, made interwar Poland the most fruitful time and place for the Yiddish-language play.