In February 1916, the Yugnt fareyn founded a library with a reading room. It started out small, with just a few dozen books. Shortly thereafter, it grew to 800 volumes, donated by a member of the Yugnt fareyn. Initially, it wasn’t a lending library – books had to be read in the reading room. But just a few months later, and after getting 1000 more books, they permitted readers to take books home – for a nominal fee.

In May 1919, it was decided to name the library in honor of the writer Sholem Aleichem. By then its collection had grown to 4000 books in Yiddish, Hebrew, Russian, and German, and, at the time, it was the largest Jewish library in Poland. At the end of 1919, the library was moved into a building on 36 Shenkievitsh Street.

The libraries collection had more Yiddish books than those in other languages. The Yugnt fareyn allocated funds specifically for newly published Yiddish books. Shipments of Yiddish books from America were arranged and, at the end of 1919, a section of Esperanto books was added. In 1921, a Polish section was included. In 1922, a special section containing materials published in  or about Bialystok. By 1926, the library had sections of English and French books as well. The collection continued to grow. 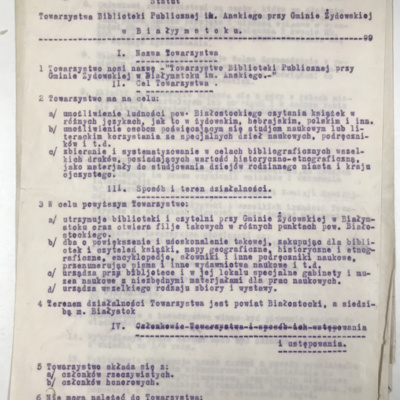 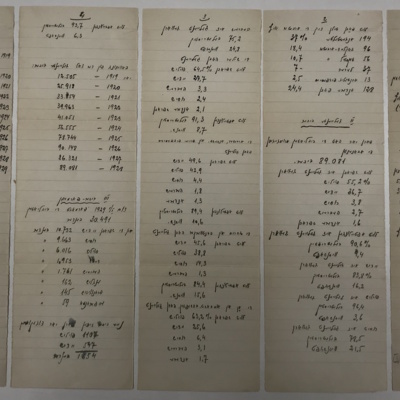 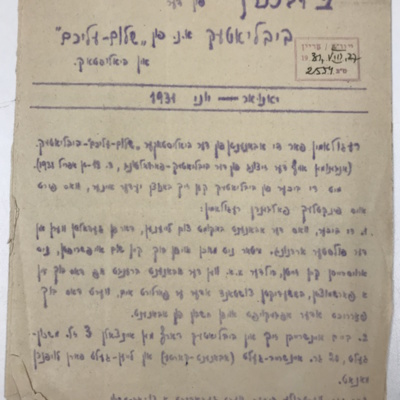 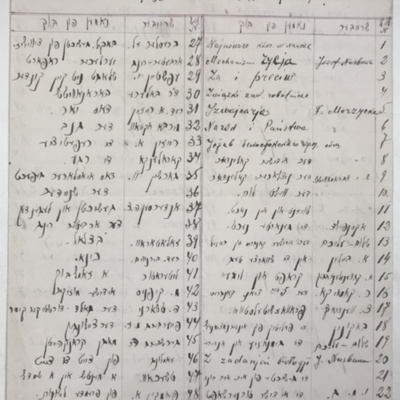 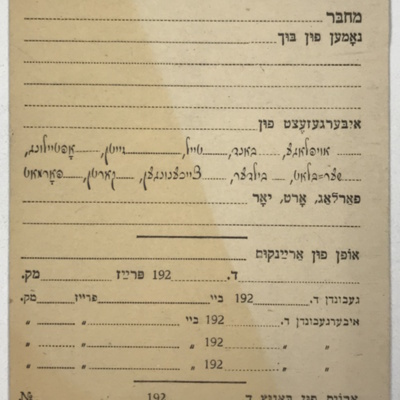 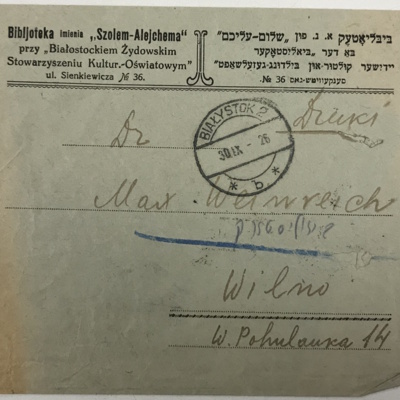 By the end of 1930, the library’s collection reached to almost 34,000 volumes, most of them, Yiddish and most of those belles lettres.

88% of books borrowed were literature; 12% were science-related. During the first half of the 1920s, most loaned books were Yiddish; by 1929, Polish books took the top spot. The reason given for this change is that world literature is published faster and more widely in Polish than Yiddish.

In 1929, the library created a relationship with the YIVO Institute in Vilna and, in spite of its own difficult financial situation, donated five dollars a year to it, in addition to a variety of printed materials for YIVO’s archives.

The Sholem Aleichem Library in Bialystok was a literary center and was visited by numerous well-known authors and cultural figures from all over the world. Among them were Abraham Cahan, Khayim Zhitlovski, Noyekh Prilutski, Moyshe Broderzon, Viktor Alter, Henrik Alter, H. Leyvik, Zusman Segalovitsh, Y.Y. Singer, Max Weinreich, Elisheva, Peretz Markish, Soreh Reyzn, and many others.

By the 1930s, the Sholem Aleichem Library was one of the largest Jewish libraries in Poland. An outgrowth of the Yugnt Fareyn, it began as a small project to disseminate literature and became a major cultural institution in Bialystok.