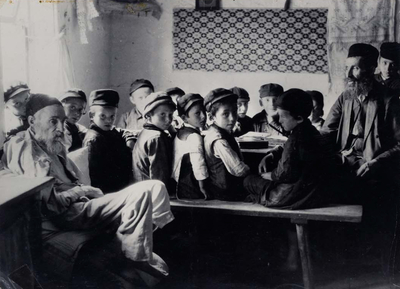 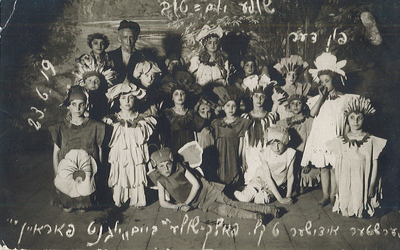 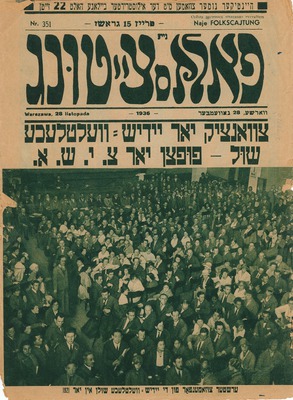 Cover of a special issue produced by the Folkstsaytung celebrating the 20th anniversary of the founding of secular Yiddish schools in Poland and 15 years since the founding of Tsisho. 1936. 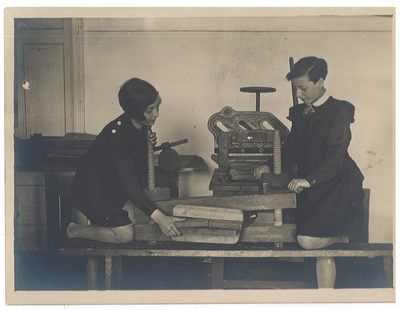 For many centuries, the education of Jewish children in Eastern Europe fell under the auspices of religious tradition. In most cases, boys learned Torah with Rashi in the traditional kheyder. Generally, girls were not educated.

As progressive Jewish political parties began to develop around the turn of the 20th century, many of those involved saw the need to modernize numerous aspects of Jewish life, including the ways in which Jewish children were educated. Many felt it was important that children learn in their mother tongue, in this case, Yiddish.

This made sense, since most Jews in Eastern Europe spoke Yiddish. 97.8% of them claimed it as their mother tongue on an 1897 Russian census.

Influenced by modern pedagogy and leftist politics, a number of early Yiddish schools were created by grass-roots efforts. In Bialystok, where Jews were in the majority, small organizations were founded during World War One to care for children who had been orphaned by the war.

One of these was Yugnt fareyn, an organization that, in 1916, found homes for the homeless, opened a soup kitchen to feed the needy and opened a shop that sold inexpensive goods. Led by Shaul Goldman, the Yugnt fareyn also opened Bialystok’s first secular, Yiddish language school.

Founded in early 1916 in what had been Yofe’s School on Branitska 13, the Yugnt fareyn school had six grades for 200 students, many of whom attended for free, thanks to funds from the Bialystok Jewish Community Council.

After the war, the Yugnt fareyn school, along with a number of other, related schools, became part of the Bund’s school system, Tsisho.

The Central Yiddish School Organization (Tsisho or CYCO, in Polish) was founded in 1921 at a conference in Warsaw. Tshisho transformed the Yiddishist school system into one that would focus needs of the common people, one that would educate children in a way that would promote socialism and a society without economic and social classes. A modern, progressive educational movement, Tsisho hoped to create an atmosphere of warmth, happiness, and understanding.

It is difficult to convey just how radical this idea was in early 20th century Jewish society.

Yiddish and Yiddish literature were heavily stressed in Tshisho schools. Graduates were required to know Yiddish grammar well, in addition to the classics of Yiddish literature: Mendele Moykher-Sforim, Sholem-Aleichem, and Y.L. Peretz. Hebrew literature did eventually make its way into the Tshisho curriculum, but not without conflict. Polish language and literature was also taught. The schools also created vocational training programs in which students gained practical knowledge of activities such as woodworking, bookbinding, and upholstering.

Funding for the schools was a chronic problem. In addition to small student fees, Tshisho received aid from local and foreign organizations. The Polish government never completely recognized Tshisho and, as a result, did not provide them with funding. The Tshisho school system subsisted thanks to the devotion of teachers, parents, labor organizations, and charities.